Quantum Corp. (OTCPK: QMCO) today announced that the F-Series NVMe storage arrays received two industry awards during the IBC2019 Show in Amsterdam. The F-Series garnered Best of Show from TVB Europe and received the CSI Award 2019 for Best Data Storage Solution. The awards add to accolades the F-Series earned at NAB earlier this year, where it was named Best New Storage Technology winner in the 2019 NAB Show Product of the Year Awards, and also received the ProductionHUB Award of Excellence.

“It’s great to see the Quantum F-Series continue to get recognized by the media and entertainment industry,” said Jamie Lerner, President and CEO, Quantum. “It is a truly innovative product line that enables our customers to complete high-end VFX and render work in minutes rather than hours, edit and finish Ultra HD content in real time, and achieve industry-leading throughput over fibre channel or Ethernet with RDMA, all at the lowest cost per gigabyte per second.”

The Quantum F-Series – Designed for High-Definition Content
Making its European debut at IBC2019, the Quantum F-Series is a high-performance, highly available and reliable storage array designed for studio editing, rendering, and other performance-intensive workloads for large unstructured data sets. Unlike other NVMe storage arrays, the F-Series was designed specifically for video and video-like data sets, so it can easily handle the performance requirements of ultra-high-def content, high-resolution images, and other forms of unstructured data. The Quantum F-Series provides enough performance in a single 2U chassis to reliably edit in real-time 8K 60FPS content without dropping frames.

About the CSI Awards
Established in 2003 the CSI awards are among the most prestigious and competitive technology awards in the industry, designed to recognize and reward innovation and excellence in the cable, satellite, broadcast, IPTV, telco, broadband/OTT video, mobile TV and associated sectors. CSI focuses on technology developments in content contribution, distribution/transport, transmission and fixed/mobile reception. CSI also assesses and analyzes the business implication of technologies in a highly competitive and rapidly evolving industry sector. The CSI Magazine Awards ceremony was held Friday, September 13 at IBC.

About the TVB Europe Best of Show Awards
TVB Europe’s Best of Show Awards recognize achievements in product innovation and service development. The awards are open to companies exhibiting a new product at IBC2019. All nominations are reviewed by a panel of independent industry experts at the show. Each nominee received a stand visit from a judge who for a hands-on experience with each product before returning their verdict. Factors taken into account include general quality and relevance of the product; design and build quality; business/operational benefits; innovation in concept/design/delivery; technical excellence; cost-effectiveness; game-changing ability.

About Quantum
Quantum technology and services help customers capture, create and share digital content – and preserve and protect it for decades. With solutions built for every stage of the data lifecycle, Quantum’s platforms provide the fastest performance for high-resolution video, images, and industrial IoT. That’s why the world’s leading entertainment companies, sports franchises, researchers, government agencies, enterprises, and cloud providers are making the world happier, safer, and smarter on Quantum. See how at www.quantum.com. 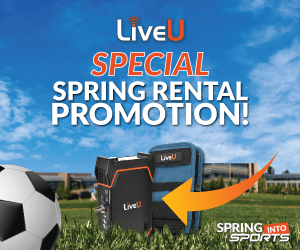 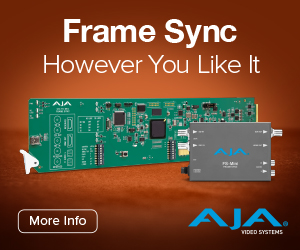